Is Mobile Filming Really the Future of Movie Making?

Is Mobile Filming Really the Future of Movie Making?

When you hear the word mobile filming, what’s the first thing that comes to your mind? Shooting videos with your smartphone camera right? Well, in simple words, mobile filming is only.

But in this age of rising tech economy and inventions of so many high-end cameras that can help us see the surface of Mars, the question is, why are we trying so hard to improve our mobile phone’s camera to an extent where it can shoot a whole movie on it?

This is the topic that we will be touching today. The rise of phone films and mobile film festivals that promote aspiring filmmakers and break the barriers to the path of creativity.

The Revolution of Mobile Filming

Owning a smartphone is supposed to make our lives easy. We can put alarms to wake up early, book a cab and travel to offices, order food, keep in touch with our families and so much more. But there’s one feature of a mobile phone that makes it an ultimate tool. It’s a Camera. From clicking selfies and capturing our birthday parties to using it for photo-journalism, mobile cameras have proven to be the third eye of us humans.

Even though the prices of such camera phones were skyrocketing, it is a sigh of relief that now the situation is just the opposite of that. With the improving quality of smartphones, the prices are actually getting lower.

In the videography world where the equipment cost itself can come off a bit intimidating, mobile photography and video making has kind of brought a revolution. With the increasing quality of mobile phone cameras, the aspiring filmmakers are finding it cost-effective and budget-friendly to actually implement it.

When a “client” or a pair of regular eyes see a video, they only see the final output. But behind the scenes, there’s so much more that goes behind the making of that video. The biggest driving factor of a video is the budget. The budget decides whether your video will turn out third-grade or of premium quality. With the arrival of mobile filming, the film-makers can freely invest in the video setup rather than on equipment that would have cost them a fortune.

Unlike filming with a high-end camera, mobile filming gives creative freedom. How? Well, mobile filming is something that can be done by anyone. From a guy making prank videos to a mother shooting her son’s first, there’s a wide set of audiences that can entertain the idea of mobile filming. There’s not a certain type of people who are supposed to or are expected to make films. Since everyone can do it, the horizon of creativity just expands.

Mobile filming has made it easy for everyone to dream about being a filmmaker. Since the quality of cameras nowadays is so good, a lot of such videos can match the standards of a regular film that you watch in cinemas.

There are kids out there who might be the next Christopher Nolan or next Anurag Kashyap but can’t afford to get a hold of the camera and learn it. To prove film making is more about telling a story, mobile filming has broken that barrier too. With mobile phones, one can not just learn film making but also master the shots by doing regular practice.

The Trend of Mobile Film Festivals

In France, Bruno Smadja founded the France Mobile Film Festival. BBC covered the event in 2012 where the journo David Reid interviewed as well as tried understood how mobile filming can be the future of video making.

The rule of the festival was 1 minute, 1 mobile and 1 film, which is pretty much the same till now. The winner was supposed to take home 15,000 euros and a chance to work with a professional production company for a short film.

Now as per the BBC reports, the idea behind the Mobile Film Festival according to Bruno was that everybody is equal. The standards set by the festival supports equality among filmmakers as they aren’t supposed to use a high-end camera but rather regular phone cameras.

Also, 1 minute is important as one has to figure out scenes, shots, and most importantly, the script. To support this statement, director Morgan Simon also said as reported by BBC is that such things make filmmakers focus more on telling a story.

One thing is sure that mobile filming or not, a filmmaker should focus more on telling a story rather than putting all the effort into the quality of equipment. Even though it does help in making a film aesthetically pleasing but if the story is not good, the film won’t leave the editing table.

In the same video by the BBC, the founder of the mobile film festival, France, was seen as saying that it is not about filming regular things like dogs or something. Filming is about knowledge, experience, technique, and art which is why a filmmaker is different than a regular person.

The reporter/journalist David also doesn’t fail to remind us that our mobile cameras have two faces. On one hand, it can be used for citizen journalism purposes and on the other hand, it is a family camera.

The second use then contributed to the winning of that year film ‘De Palier.’ The film was about a self-contained love story that lasted for exactly 1 minute in the lift. The film was helmed by Benjamine Busnal who had to time the lift journey in such a way that it lasts for 1 minute.

The Trends of Mobile Filming have brought peculiar changes to the filming industry. Some say it’s for the best while others say that it’s like giving steering wheels to a monkey. It can either go really right or really wrong.

Every year you are introduced with a better iPhone with better features. But unlike the other changes made by Apple, there’s one change that is bound to be there in every new iPhone. It is the enhancement of the camera. With retina display and detailed pixels, Apple never fails to set high expectations.

So it is inevitable that people would take full advantage of such an opportunity. From Snapchat to Instagram stories, you can find thousands, if not millions, of videos made from phones. Some good, some bad but all of them have one thing in common. All of them are made from a device putting every user on the same scale.

The unbelievable amazing cameras of iPhones have changed the way we look at filming. With amazing stabilizing features and picture quality, one can never tell the difference between a shot from the iPhone and a shot from a high-end camera in the right setup.

Is Mobile Filming the future?

The question remains the same. Is mobile filming the future? It’s still too early to decide whether mobile filming will take the front seat. There’s no denying the fact that it has grown so ginormous that it is being accepted in the mainstream film industry. If we talk about the future then it’s definitely bright in terms of growth and acceptance. There are already so many films that have been premiered in Cannes or won so many awards that there’s no denying its strength. But if you are thinking about making a career in mobile filming or want to pursue it in the future then there’s one thing you should know. It’s definitely in. 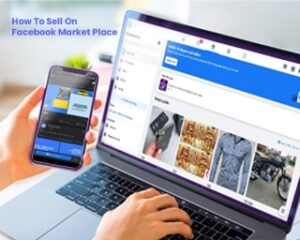 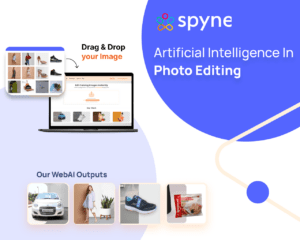 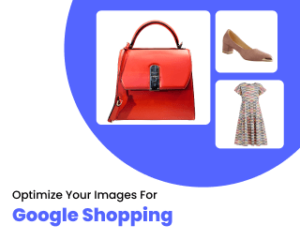